I thought it would be appropriate to make my last blog insert for 2009 a summary of 2009 so you all know what I´ve been up to this year. Looking through all my pictures I realise what a great year it has been. So many great things have happened! As those of you that follow my blog, and never comment..! 😉 (I still love you, it´s ok) I don´t write much about my really private life like dating.. and shall continue to do so but I might reveal a few details further down… 😉 so keep reading! 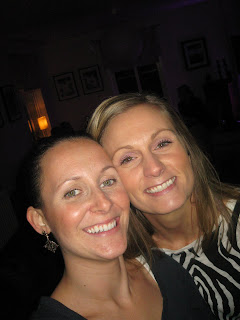 The new year almost always starts off with Ida´s B-day party at the end of january, as did this year… Not much happened during the spring except for a bit of a messy love life.. It cleared up (=I became single) in May… 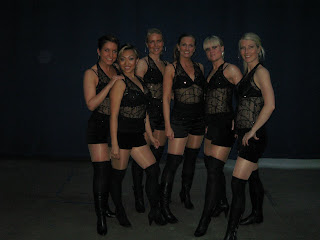 which is when me and some colleagues frpm Sats (the gym I work at) performed as dancers at a jippo. Great fun!! 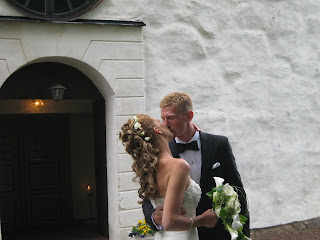 In June I then had the pleasure of attending Lina & Fredrik´s wedding. Gorgeous and sooo much fun! Lovely couple by the way! Lina and I worked together at MQ when I first moved to Göteborg. 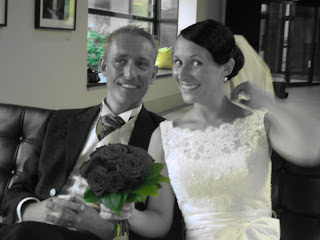 Another great couple that got married this year was Ida & Jens.. Ida, my wing mate is now a grown up married woman! Crazy! 🙂 I had the pleasrue of being maid of honour at this wedding. 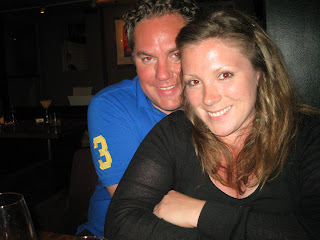 Another great Mrs & Mrs than I spent some time with this summer was Therese and Stein Arne. We had the best time travelling aorund Norway this summer. Thank you sooo much! So happy to have gotten back in touch with T. 🙂 Still waiting for them to come visit me.. cough! 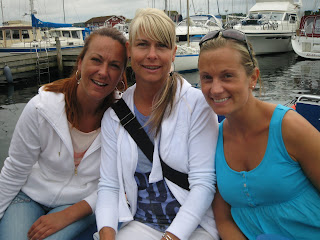 My last week of vacation me and Cecilia and Annika had a crazy couple of days at the west coast (Bohuslän)… 🙂 This is the most innocent picture I could find. 😉 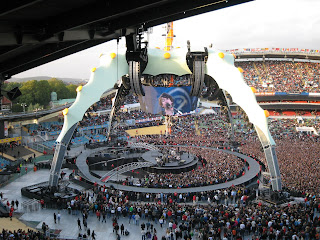 The first of many conserts I attended this year was U2- The Claw as you can see above. 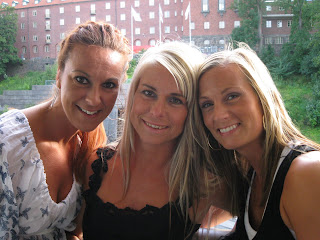 With my favorite girls of course… who I a few weeks later even saw Madonna with. 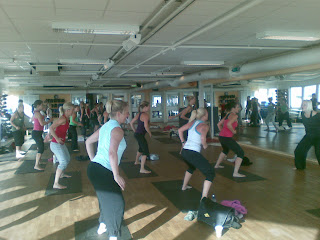 In august I took my instructing to a new level. I attended a Flow course. A new class at Sats with a more holistic focus with inspiration from thai chi, pilates, yoga and martial arts. I´ve been teaching it since september and simply love it!!! 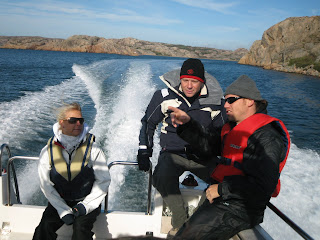 In September, just as the summer really came to a close, Cecilia and I hade the opportunity to join our friend Henke and a few colleagues of his in Tanumstrand for som lobster fishing.. no lobsters caught but great fun! 😉 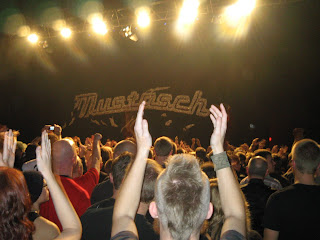 In november and december there´s been something to do almost every weekend. The first was Mustasch consert which was loads of fun. Cute guys… 😉 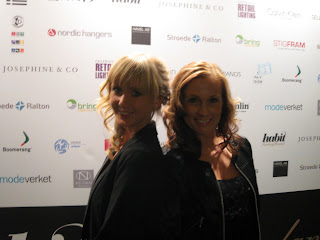 The loyalties programme that I´m responible for at MQ got nominated for loyalties programme of the year.. so we got to attend this great gala dinner in Stockholm and get all dressed up. We didn´t win but I´m still really proud of getting that far! (Me and Tina above) Straight after Fashion Awards Mom and I went to visit my sister in Paris. So nice! 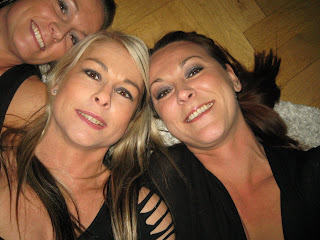 In december it was then time for the fourth and last concert of the year: In Flames!! Me and the girls having a fun photo session on the floor.. 😉 Great night!

So that was 2009… what a year!! Thank you everyone who´s made it so great! There are of course several people, monents and places I haven´t captured on film. Most of you know who you are… Thank you to YOU too. 🙂

In case you´re wondering I´m not seeing anyone but I have a good feeling about 2010. 🙂
Happy New Year!!!!